Relay volume on Pocket Network started showing signs of shaking off the sluggishness that comes with a bear market this week. The top 5 chains all showed significant growth in the last 24 hours, and even lower traffic chains were waking up, with Avalanche showing a 31% increase:

Polygon, Fuse, and Gnosis (xDAI) have been the biggest growers of the last month, and appear to be on a track for greater growth as low gas NFT launches, play to earn gaming, and mobile crypto payments continue to ramp up despite chaotic global markets. Prices on all assets have remained highly volatile, but blockchain applications are soldiering on in the face of it, perhaps signaling a more mature and sustainable marketplace than what we all faced in 2018.

$POKT enjoy a brief spike this week on the back of news that Infura had (purportedly accidentally) IP blocked Venezuela and Iran with an implementation of sanctions based access rules which cut off millions of people from their digital assets stored in popular browser based crypto wallet MetaMask. 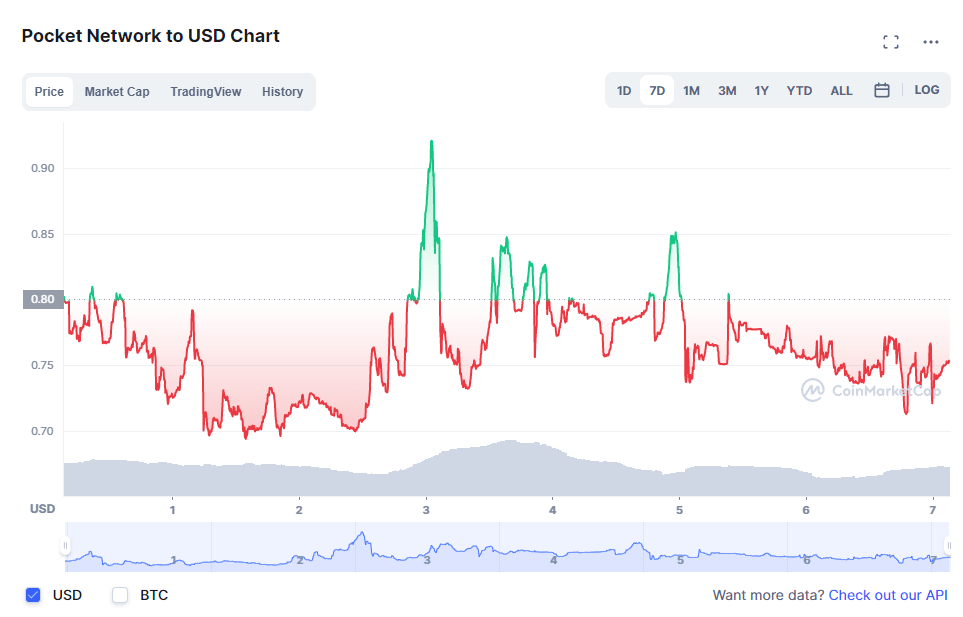 It’s not often that major providers give you a chance to demonstrate exactly why your use case is so important, and the #poktopusarmy was sharing instructions on how to decentralize your MetaMask back end with Pocket’s Public RPC endpoints, and I made a point to remind folks who decentralization is more than just a meme:

Listen: MetaMask is a magical door that opens to where ever you tell it.

With the Infura issues as a backdrop, decentralized community wallet Tally held a community call where they talked about why the mission of decentralization is so central to what they do, and outlined plans to support Pocket Network as their RPC back end, with plans to test as much as 90% of their traffic through the network.

Tally devs are proposing ramping testing up to 90% of internal relays on $POKT paired with a DAO proposal.

Given the current state of ConsenSys, which is currently involved in a lawsuit alleging the CEO backdoored a deal to sell partial ownership to financial titan JP Morgan, it’s clear that the future of blockchain must be decentralized to survive, and Pocket and Tally are deeply aligned in that goal.

About 200 folks showed up to our first ever Poktoverse party Friday night for cocktails, dancing, networking, and more. Given the weight of current world events and bloody markets, I figured it was a good time to remind folks why we do what we do:

Thanks again @thepoktopus “It’s about a reminder to everyone here. This is a community, it’s not just a product, it’s a whole ecosystem of products and companies and people who all care about the same common cause.” pic.twitter.com/m7kbV7dxXn

The party was sponsored in part by Druid Ventures, Tampa Bay DAO, StarDesk OTC, and poktpool, and featured live entertainment by Underground Cirque and Hoola Monsters. 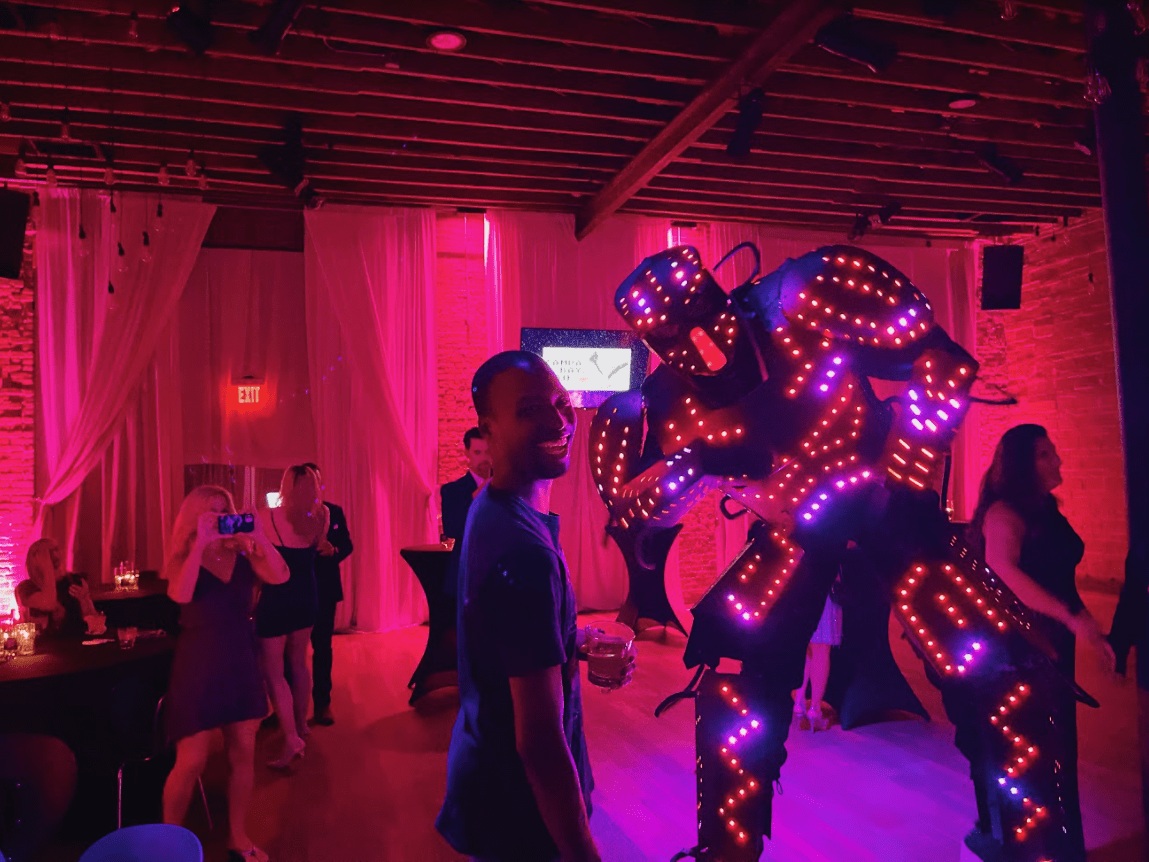 In the governance forum, PEP-24 went up for DAppNode package development, something that has been asked for countless times among homebrew noderunners. DAppNode produces small form factor noderunning appliances which make it easy for non-technical people to participate in blockchain node hosting. The proposal seems to have broad support so far, so give it a read.

Pocket community inspired NFT project Pocket Rockets dropped it’s whitelist this week, and as part of the launch, yours truly will be giving away a legendary Medusa based rocket to one lucky whitelist buyer:

@StartupMonkey its never too late! You win our Pocket quote NFT! 🚀🎉@thepoktopus is rewarding our hardcore supporters!

The mints so far look fantastic:

Got my 3 early supporter mints + extra mint slot from winning from some social engagement! I'm not big on NFTs because I haven't spent the time to learn about trading, but these badbois offer some very nice $POKT utility!#Poktstorm #Roktstorm @thepoktopus #PoktArmy https://t.co/hpiuQXGXNR pic.twitter.com/eb21D8FZyw

The whitelist is closing out now (although I may have a few invites left, DM me for details), but you can still jump in the official Pocket Rockets Discord ahead of the public sale.

I found it difficult in the last couple of weeks to write about the markets at large given everything going on in the world. Our projects can feel awfully trivial when every other post in the feed is a video of a neighborhood being bombed. At the end of the day, though, we fight the shadow of death through living, and our work goes on. I don’t consider pontification about the impact of permissionless systems on the geopolitical landscape to be empty rhetoric. The future we seek to build is unstoppable, not with bombs, nor state or corporate censorship, and certainly not at the whim of tinpot dictators grasping for a last chance at glory. Its hallmarks are extreme resilience and extreme accessibility, and along the way offers the chance for unprecedented wealth creation, especially for those who have never had access to traditional closed markets.

So we will occasionally take a moment of silence, and mourn for those who suffer from atrocities, but that moment will be followed by the necessary work of moving towards a decentralized future. I hope you’ll join us.

That’s all for this week. I’ll see you on Twitter.