On Thursday, the Pocket team and ecosystem members met in Tampa to provide a state of the union both internally and in the community. A number of providers and investors were represented, and the day was packed with presentations on the team’s goals, financial health, progress, and continuing vision. Videos of the presentations will be published later this week, but a few key highlights along the way: 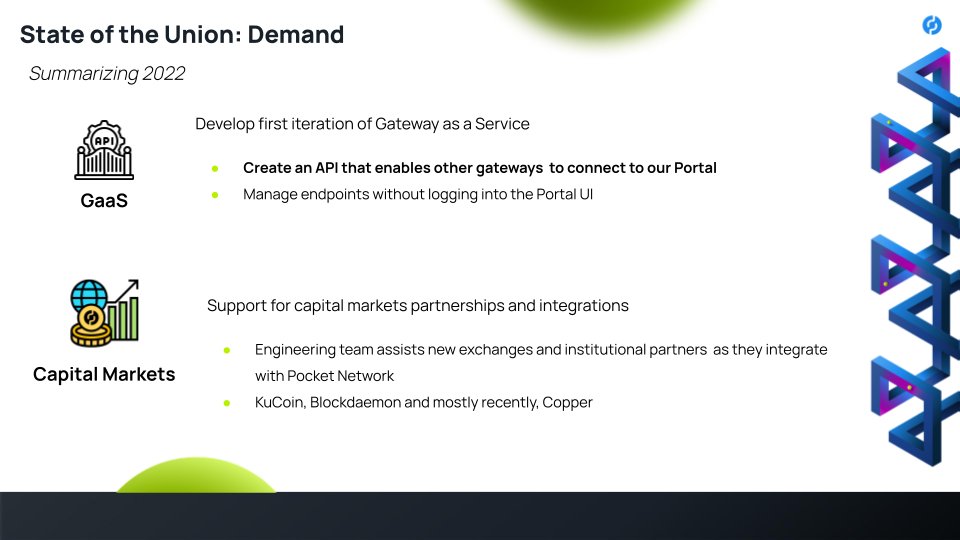 BlockDaemon and Copper have been announced as institutional partners, with more on the horizon. Additionally, with the Gateway as a Service API being built out, support for decentralized portals is in progress, leading to the first stage of a decentralized access system for the protocol. This approach primes Pocket to reach a more progressive decentralization ahead of the v1 launch. 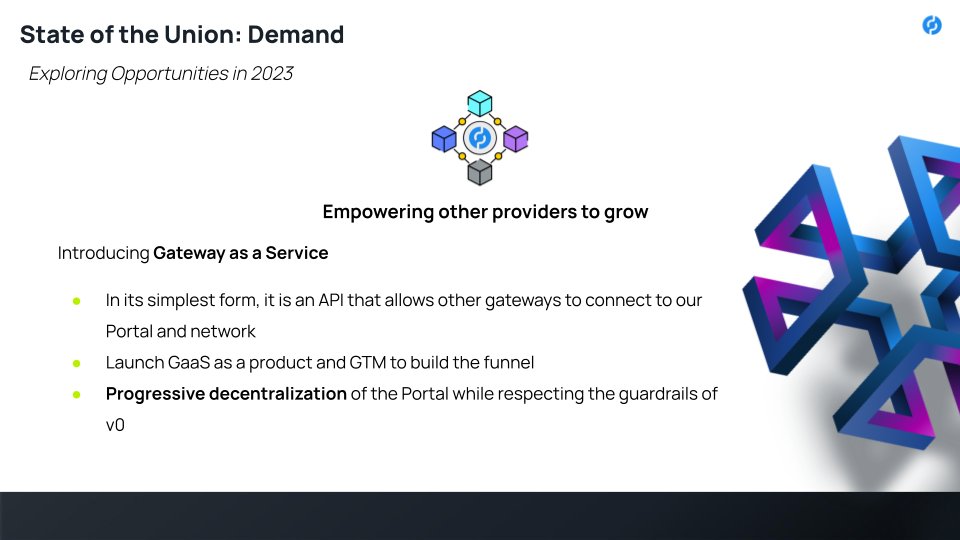 We also talked about scaling the community, and fostering productive conversations in the face of a bear market: 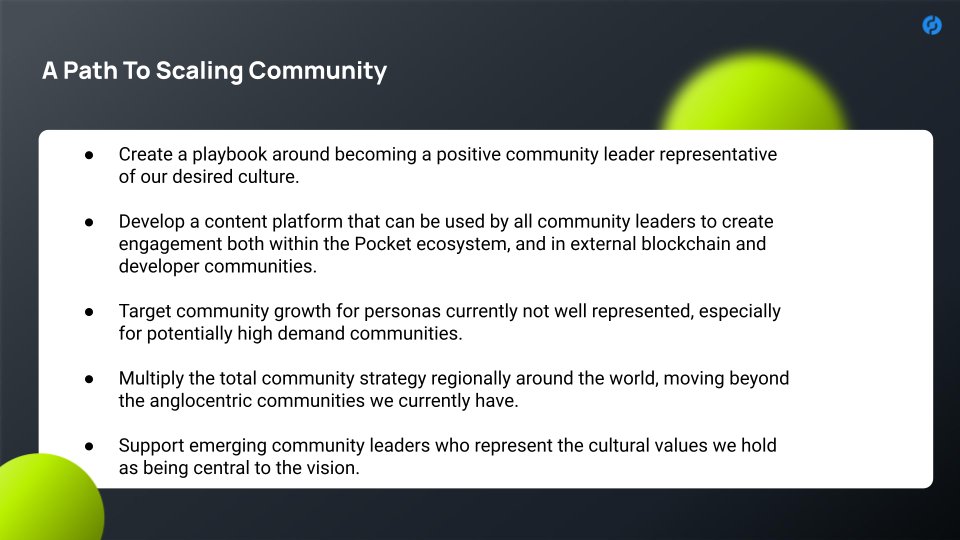 The conversation was frank, and sometimes critical, but demonstrated a team committed to pushing past the hard parts towards the web3 future. Sentiment was high later that evening when we gathered for cocktails and decompression, and Druid lead Chris Pizzo showed off his legendary grill powers with some banging beef tacos.

Other highlights in thread form here:

It's impossible to be anything other than wildly optimistic for the future of web3 when you see what the @POKTnetwork team is building, and the strength and expertise present in the supporting communities. This week has been a fantastic reminder of that.

The GRIP proposal is up for a vote this week, with three days left. It looks well supported at this point, but make sure you get your vote in before time runs out. While you’re there, a few additional proposals deserve your attention.

When validators go offline or spread bad gossip due to misconfigurations, their behavior can disrupt service and put the chain at risk for chain halts. This proposal aims to make it more expensive for a validator to go offline and to create mitigations that correlate with the danger posed to network performance and resilience by removing non-responsive validator nodes from the validator pool faster and increasing penalties for misconfigured validators.

The proposal would both increase the block signed percentage while decreasing the block window from 10 blocks to 5 blocks, and increase the slashing penalty for underperformance from 0.000001% to 0.001%. It would also increase the jailing duration from 1 hour to 4 hours. The full parameter adjustments are as follows:

PIP-26: Foundation for the Future clarifies and codifies the separation of any conflated interests between PNF and PNI, removing the last vestiges of overlapping connections between the two. It would remove Jack Laing from PNI entirely, shifting him to PNF as a Foundation Director, replaces Stephane Gosselin with Dermot O’Riordan, and replaces Mike O’Rourke / PNI with Campbell Law as the Foundation supervisor. I think this is an important proposal to because it delivers on the promise of credible neutrality, and treats PNI as a peer in the ecosystem. Additionally, it focuses Jack on his governance role in a meaningful way.

Finally, PEP-46 sets the foundation for a dApp Referral Program, rewarding qualified referrers with an ongoing 5% referral reward (in POKT) paid quarterly for referrers, and a 5% monthly discount (in FIAT) for dApps through the first 12 months of continued service. I’m actually surprised this kind of thing doesn’t already exist, so I’m absolutely in favor.

I used the phrase “Constructive Antagonist” in my presentation Thursday describing the kind of people that you need to help break up your echo chamber thinking. While critics, cynics, and trolls of all stripes are fond of attacking projects and leaders, the constructive antagonist is one who focuses on questioning the answers in a way that helps build a better position on the backside. We have a few of those in the ecosystem, and I’m grateful for them.

Any world changing mission needs the right blend of idealism and practical execution, but figuring out where you stand on the spectrum can be challenging when you’re in it. It’s important to delineate between data and assumptions, and to question our assumptions constantly. Crypto in particular is prone to groupthink, which leads to the kind of blind spots that result in some of the blowouts we’ve seen in the last few weeks. It helps to have a positive outlook and believe in the decentralized future, but we also need to avoid blind optimism. So, cheers to our constructive antagonists.